Parts made for the Agriculture industry need to be heavy-duty. When a farmer is in the field, there is no time for breakdowns. The rain is coming! Just ask Absolute Machine Tools’ President and CEO, Steve Ortner, owner of Ortner Farms Ltd. He’s been farming since he was a little boy on his grandfather’s farm.

Both Steve and Dean own Absolute Motorsports where not only do they pull two Pro-Stock tractors, but also a Pro-Stock Semi called Big Mac Attack.

Bridge Mills
Moving Table and Sliding Column designs. These machines can be Customized to fit any application and can sometimes take up less floor space than equivalent C-frame verticals
view more 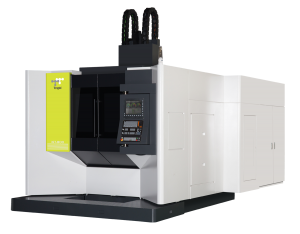